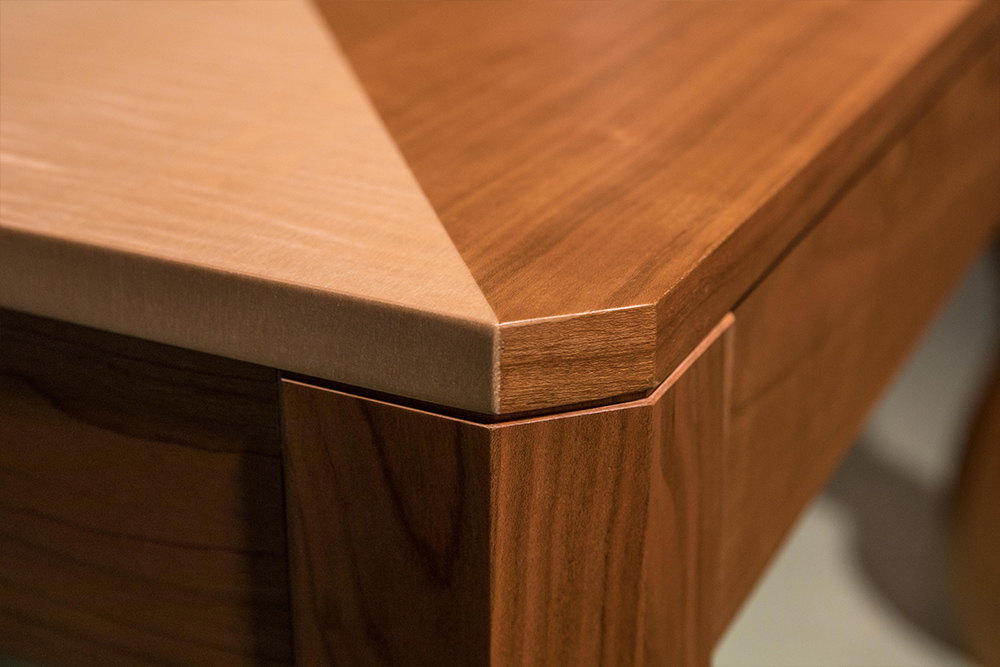 Family, Friends and Furniture in the Green Hills of Tuscany.

In March earlier in the year, for a month of mindfulness, I left my bench in Bristol to travel to Tuscany, Italy to make a dining table for a rustic old farmhouse, which has become my lucky parents home in the last couple of years. It was a holiday of sorts but like all the best holidays, there was a purpose.

In March earlier in the year, for a month of mindfulness, I left my bench in Bristol to travel to Tuscany, Italy to make a dining table for a rustic old farmhouse, which has become my lucky parents home in the last couple of years. It was a holiday of sorts but like all the best holidays, there was a purpose.

I packed all my power tools, my new Makita goods into my Skoda hatchback and drove for 2 days through France, Switzerland where I caught up with an old school friend, and into Italy. I got pretty lost at the end, with my sat nav deciding to take me over the mountain pass which I will be forever grateful to it for doing so, as it was epic and beautiful, winding up and down these luscious green hills, with frosted white tips.

When I arrived, it was 1 degree C and I was the first soul to enter the house for 6 months and it was noticeable as everything was alive and damp, so firstly everything needed to be opened up and aired out, but for the next week my dreams of sunshine and singing birds was realised with rain, rain, rain, rain, rain. All of the grass was so high that you couldn’t leave the house without being soaked up to the waist, and to make matters worse, the water is heated by solar and the only heat source was wet logs. All in all it was a pretty uncomfortable start, so much so that when I came to finally getting a fire lit, I attempted to dry my boots by the fire, put them too close and melted off the sole. Off with the boots and to work was the only answer.

The project: Recycling the wood from 2 old sweet chestnut flour boxes, and making a table from it.

The house is surrounded by a forest mostly inhabited by sweet chestnut and acacia. The farmer who previously lived there, had 2 enormous boxes in the house, used for storing the sweet chestnut flour that they yielded from their forest.

This old box is over 150 years old and beautiful in its characterful joinery. My mother was hesitant to get rid of them, so we both decided that we could recycle the timber and make some furniture for the house. My first job then was to dismantle and take stock of what timber there was, and based around this supply, design a table.

So this was the yield for the boxes and due to the short lengths I decided on making a herringbone style table.

I designed the table on SketchUp and headed to the barn to set up my workshop for the next month, before going to find a local to help mill the timber.

I made my workshop in the upstairs of a barn, sourcing my workbench from whatever I could find. A stack of breeze blocks, a couple of old sheets of melamine chipboard and a wooden door, became my bench, and a fine one at that!!

I went down to see a joiner named Rossano in the village with the help of my American friend Rusty, who translated. I think he was used to foreigners coming down and just asking him to build something, so when I produced CAD drwaings he was instantly excited and even wanted me to help him machine the timber. Excitedly he took me to his house and showed me the trestle table he had made for his wife and so we sat with a coffee and waved our arms at one another, enjoying each others company but not really understanding a word each other said. Pictures were the way, so I showed what I had been making back home and he was impressed. When I left, he said to me in Italian ‘Come to the workshop on Wednesday, and we will begin’. This was the last time I saw him…… When people refer to ‘Italian time’ I can from personal experience tell you that it is  a very real thing, and so Rossano never turned up and every day I went down to the workshop to catch him out, and came home empty handed every time.

Time was running out and in the interim my friend and newly appointed apprentice Oli came to help and so we bonfired and built tree houses to amuse ourselves.

Just when I thought the whole table project was off the agenda, unable to find a local with the machinery to mill the timber for me, my trusty Rusty found another guy called Claudio who was hilarious as he kept on laughing at my attempts to speak Italian which didn’t do much for the moral, so we reverted picture language once more. He was really up for it, so a quick trip to the timber yard to to get a fresh board of birch ply, I then continued to the ramshackle workshop of Claudio. He really cared and understood from my drawings how accurately all of the pieces needed to be in order for the table to work.

Over the distance of 2 metres there are 14 pieces of wood, so if each piece is 0.2mm out, it will be 2.8mm out in the corners, which for a cabinet maker with high expectations is not good enough, particularly a herringbone table which when the planks lay at 45 degrees to the table edge, the joints runs into the mitre of the border. It had be cock on, nothing less. Claudio was fantastic, and a 100 euros for the machining and an extra 50 for the repair of his blades as the wood was covered in hidden nails and screws we headed back up the hill with a grin and determination as 4 weeks of making had reduced to 3 days and I had to leave as planned to get back to my new workshop. That evening there was a trat in store.

With all of the timber milled, the job now wasn’t a difficult one, but it had to be accurate. Firstly I had the birch ply cut to size in the saw mill, and then I continued to accurately mark out where every piece should go, a bit like a puzzle, and then it was a case of tweaking, clamping, moving all the bits until they fitted right, and at that point once they were all in their correct position I screwed one plank in on each corner, screwing from the underside, knowing that in that position, it all worked.

Oli and I worked all day every hour, trying to get it done in time, and taking an hour rest for lunch, for a glass of white wine, and a plateful of prosciutto and salad caprese.

It was here that I decided to alter the design a little bit. Based around the communal culture of food in Italy I thought it would look great and be so functional to lay terracotta tiles down the middle of the table so all the hot pans and bowls can be placed in the middle to save having to help oneself from the kitchen, or burn the table. A quick visit was made to source the terracoTta tiles which conveniently fitted perfectly to the size and design of the table, and were incredibly cheap at 13 euros. I think there may have been a mistake, but we will never know ; )

Happy that it was all working well, and knowing that my worthy apprentice Oli was also happy, we began gluing up having to work at a quick pace as we were using PVA which has a clamp time of 10 minutes, so we worked out a system. All the holes for the screws were pre-drilled and countersunk, then one Of us glued and placed the pieces in place while the other clamped them in place, pilot drilled and screwed them in. The glue up was surprisingly stress free, which most cabinet makers will agree is a rare thing. It was now a case of making it look pretty. Most of the waste was taken off using a jigsaw keeping far enough away from the real edge. You can’t put back what you’ve sawed off.

After the jigsaw came the 1/2″ router, with a straight bearing cutter. The bearing runs around the edge of the ply so the chestnut is cut to exactly the same size, always bearing in mind the direction of the grain so as not to have any break out. I then swapped the router bit to another bearing cutter but with the bearing on the top as opposed to the bottom. With lots of reference points I routed out the area for the tiles, and then neatly chiseled out the corners.

Before sanding and oling the table the final thing to do was do the border of the table. I had had the lengths of timber already machined by Claudio, so up in the workshop I needed to cut the mitre joints so they glued up perfectly. I cut the mitres just over size with a fine hand saw and then neatened them up using a hard block which is simply sand paper contact adhesive to a piece of 18mm MDF so that it remains, hard and flat. With a lot of trial and error, clamping them in place and then hard blocking a little bit more I got them fitting neatly and accurately. In order to locate and strengthen the glue surfaces, I biscuit jointed them in place so the border lay flush with the topside of the table. With it all working now, and using a range of sash clamps and a band clamp (ratchet strap), it was all glued into place.

Once the glue was dry, we spent a good 5 hours planing ares flush with the edge and the sanding it up to 120 with n electric sander but straightening up any swirls left by the sander. I decided to leave it at 120 grit, being that we are in rural Italy and it is un-necessary to go any higher.

It was on our last night at Pian de la Fava that the project and our glorious 4 weeks of Tuscan bliss had come to an end so I spent it oiling the table using a Danish oil. I applied 4 coats of oil and finished it by treating and buffing the table with bees wax. There were 2 happy clients and 2 equally happy craftsmen, who despite not having had time to make the table base, felt satisfied with what they had achieved. It was now time for a long drive back home, with an overnight stop in Paris, which after being in the hills of beautiful, magical Italy seemed quite overwhelmingly busy and hectic, but Paris is Paris and no one can deny its spark and wonder.